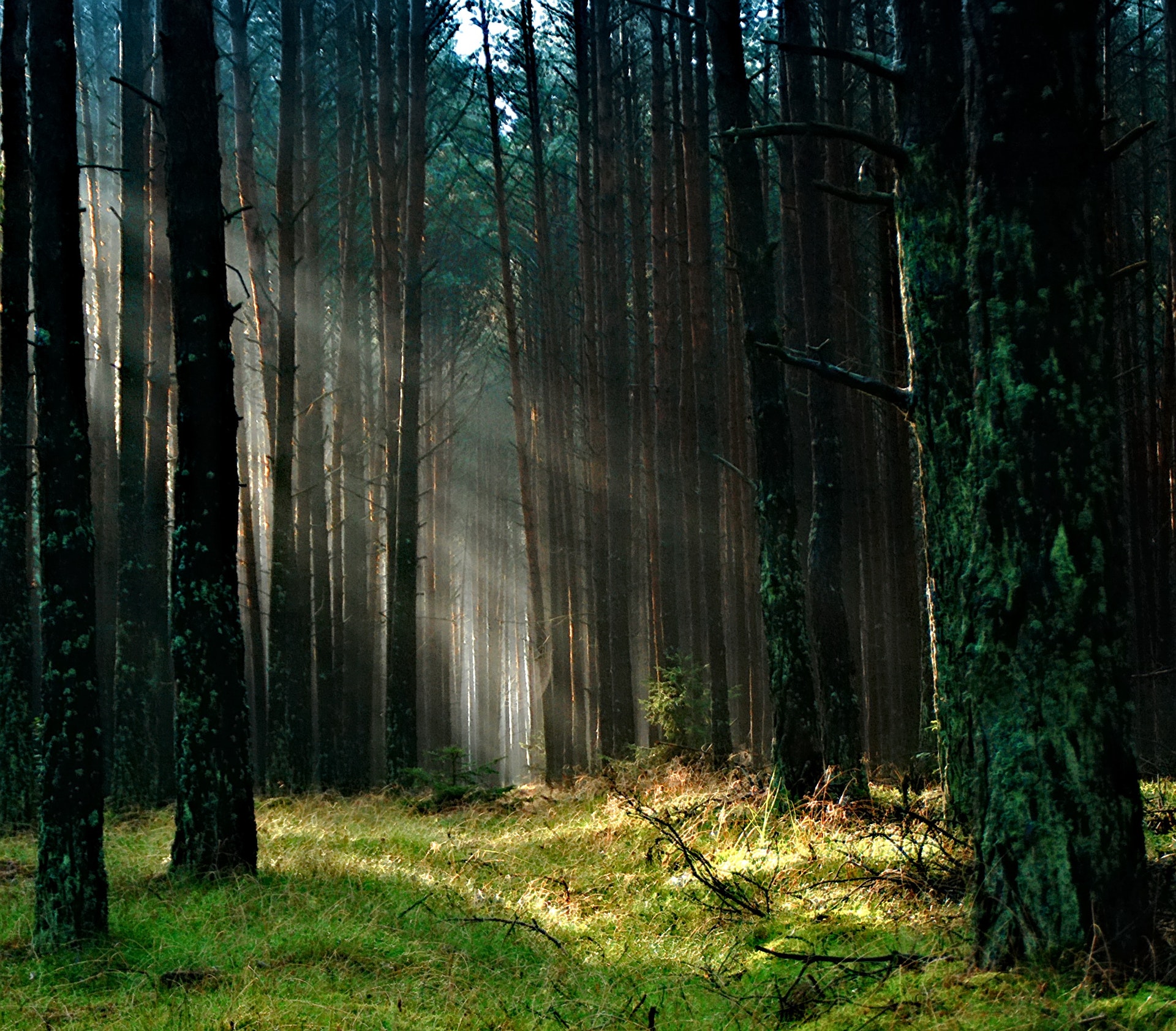 Faith and fear both demand that you believe in something you cannot see. You choose? ~Bob Proctor

Jesus went on with his disciples to the villages of Caesarea Philippi; and on the way he asked his disciples, “Who do people say that I am?” And they answered him, “John the Baptist; and others, Elijah; and still others, one of the prophets.” He asked them, “But who do you say that I am?” Peter answered him, “You are the Messiah.” And he sternly ordered them not to tell anyone about him. Then he began to teach them that the Son of Man must undergo great suffering, and be rejected by the elders, the chief priests, and the scribes, and be killed, and after three days rise again. He said all this quite openly. And Peter took him aside and began to rebuke him. But turning and looking at his disciples, he rebuked Peter and said, “Get behind me, Satan! For you are setting your mind not on divine things but on human things.” He called the crowd with his disciples, and said to them, “If any want to become my followers, let them deny themselves and take up their cross and follow me. For those who want to save their life will lose it, and those who lose their life for my sake, and for the sake of the gospel, will save it. For what will it profit them to gain the whole world and forfeit their life? Indeed, what can they give in return for their life? Those who are ashamed of me and of my words in this adulterous and sinful generation, of them the Son of Man will also be ashamed when he comes in the glory of his Father with the holy angels.”

REFLECTION: “The Problem with Peter”

Scripture tells us that Peter was so faithful to Jesus that Jesus renamed him, Cephas, an Aramaic given name that means ‘rock.’ Peter, from the Latin given name, Petrus, means a ‘rock’ as well. Most of you know this story. In Matthew, chapter 16, Jesus assures Peter: “I tell you that you are Peter, and on this rock I will build my church, and the gates of Hades will not prevail against it.”

What is not perhaps so well known to us is Peter’s original name. Before being renamed by Jesus, Peter was called by the most popular male given name of his time. His name was simply Simon, which means one who listens or one who hears. In Mark, Chapter 1, we read that, “As Jesus passed along the Sea of Galilee, he saw Simon and his brother Andrew casting a net into the sea—for they were fishermen.” This is the man who later will be called Peter. Sometimes he is referred to also by both names, as Simon Peter, ‘the rock who listens and hears,’ such as in Luke, Chapter 5, Verse 8.

In church history, Peter is known to have become the Patriarch of the early proto-Christian Jewish community in Jerusalem. For example, in Paul’s letters we know of an important meeting in Jerusalem presided over by Peter in which Peter changes his mind about whether or not non-Jews can be followers of Christ. But after the fall of Jerusalem in 70 CE, and the destruction of the temple, the Jerusalem church is destroyed and the historical record concerning Peter stops. Today the two epistles attributed to Peter, for example, are regarded as pseudonymous, since evidence suggests that they were written well after the fall of Jerusalem.

And yet, the legend persists, that somehow Peter made it to Rome and founded a church where St Peter’s now stands, and, that he was crucified by the Romans on a hill overlooking the Vatican gardens called St Pietro di Marmora. According to this legend, Peter does become a rock – the cornerstone of not just a proto-Christian Jewish Community, but true universal Christianity.

Peter’s exulted position today often astonishes me. There is a huge problem for me with Peter being seen as a ‘rock.’ The man who denies Jesus three times, is an odd rock. The man who babbles incoherently during the transfiguration about building shelters, seems to me to lack the steadfast ability to really face reality that I imagine a rock having. The man who squabbles about who is the greatest, and, is clearly jealous of the ‘beloved disciple,’ is not rock-like either. And, the man who is able to walk on water, in order to reach Jesus, but who, succumbs to fear and sinks into the muck, again, is not so rock-like, unless, by rock one means a real rock, which tends to sink if you throw it into the sea.

And, there is a problem with Peter’s other name, Simon. Because, Simon, ‘the one who hears and the one who listens,’ does not always hear or listen. In Gethsemane, Jesus asks Peter and his other followers to stay up with him as he prays and faces his fears, but Peter and the others refuse to listen to Jesus. They fall asleep. And, in our reading for today, Peter also does not listen, resulting in the ‘rock’ being castigated by Jesus, as being in league with Satan. “Get behind me, Satan,” Jesus tells Peter, “for you are setting your mind not on divine things but on human things.”

The problem with Simon Peter is that the evidence often denies that Simon Peter actually is a rock who listens and hears. Indeed, the evidence in scripture often depicts Peter as a rather flighty, emotional guy, who repeatedly — even though Jesus tells him otherwise — just does not get it.

The problem with Peter, I think, is that he is just like you and me. Like our parents and spouses always tell us, Jesus is always telling his disciples, “if you have ears, listen,” because, as Stephen Sondheim tells us in the Witches Lament from the musical, “Into the Woods”:

If we look carefully at our scripture today, we see that Jesus becomes angry with Peter after telling Peter, and his other disciples and followers, as the text explicitly points out by adding in the words, “quite openly,” that “the Son of Man must undergo great suffering, and be rejected by the elders, the chief priests, and the scribes, and be killed, and after three days rise again.”

Peter, however, does not want to hear these words. He gets angry and rebukes Jesus.

We know that Peter has just told Jesus that, as far as he is concerned, Jesus is his saviour, the Messiah who will save his people. Peter has an idea in his head that he thinks is right, that he sees as the triumphant Good News. And yet, while Jesus does not deny to Peter that he is the Messiah, Jesus understands his Messiahship in a deeper, more nuanced way. Jesus reveals that his Messiahship is a little bit more complicated than the worldly triumph of a David, for example, dancing in the streets of Jerusalem nude, at the head of a victory parade restoring the menorah and temple decorations that had been stripped from the temple by the Philistines.

Jesus is the Son of Man, understands himself to be an all-too-human saviour, whose triumph comes through suffering, rejection and death, and —

Well! That is enough for Peter. That is not why Peter has been following Jesus. This is not the sweet victory that he has been anticipating. There is no glory in this. No worldly glory. No Kingship like David’s.

And so, Peter reacts emotionally, just like we often do when we hear news that we do not want to hear. He gets angry. And probably, mixed in with this anger is a whole lot of other stuff – disappointment, sadness, fear, and maybe even a sense of shame and foolishness.

I often wonder what would have happened to the whole Lenten tragedy if Peter and the other disciples had truly heard all the news. If they had heard more than just the bad news, accepted it and digested it, and also believed and trusted the good news that Jesus would rise again. Perhaps the whole gang could have marched into Jerusalem confident of victory, supporting each other, confronting their fear together and being the support that Jesus himself needed in this difficult time. Perhaps they would not have turned against each other. Perhaps in their certain hope of resurrection, there would have been no reason for that terrible final fearful betrayal. Perhaps denial would not have seemed like the only hope of survival. Perhaps Good Friday would have been truly good.

This is the world I meant.
Couldn’t you listen?
Couldn’t you stay content,
Safe behind walls,
As I
Could not?

Like the witch in “Into the Woods,” Jesus tells us the truth about what is going to happen. He gives us the news we need to guide us along the way. In the news that Jesus tells the disciples, there is that same attempt at assurance. Jesus tells us to hope. He tells us about resurrection. And certainly that is a difficult hope. But Peter, like so many of us, chooses to only focus on the difficulty. And focusing on the difficulty and reacting emotionally to it means that Peter cannot hear the hope, and listen to the assurance of peace that Jesus promises us.

There is a plan, Jesus is saying. God is with us. Death will not have the last word. Life will triumph.

God is always singing the same song: I have heard your prayer; I have seen your tears. Jesus is always saying: Just as the Father has loved Me; I have also loved you; abide in My love. The promise of the Holy Spirit is always available: “Peace I leave with you; my peace I give you. I do not give to you as the world gives. Do not let your hearts be troubled and do not be afraid.”

Our building is fully accessible and our PA system is equipped with a hearing assist. Modern hearing aids with a “T coil” should pick up the signal automatically. If your hearing aid has a switch, turn it to “T” in order to pick up the signal. The signal is strongest close to the outside walls so sitting near one of them will make it louder.

If the signal is not coming in through your hearing aid or you do not have one, you can pick up a headset at the back. Simply turn up the volume to a comfortable level.